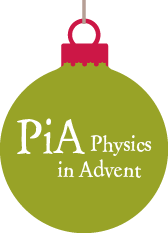 The time to submit an answer is over. You can now view the solution of the experiment.

What does Mr. Santa see, if he moves his finger from top to bottom between the postcard and the lamp?

A) The shadow of the finger appears down at the bottom of the card's core shadow, moving downwards.

D) The shadow of the finger emerges up from the card's core shadow.

Advice of the day: